The gate control theory is the basis for Buzzy, a device that provides natural injection pain relief by confusing your body’s own nerves and distracting attention away from the poke, thereby dulling or eliminating sharp pain from shots, itching, or burning from medications.
“Gate control” is the term used to describe pain relief by causing sensations other than pain, and then sending them down the same pathway. Using the body’s own nervous system, the gate control theory invokes the concept that the final common pathway for sharp pain to the brain can be shut out by the nerves that transmit cold and vibration senses. Just as running a burn under cold water stops the sharp pain, stimulating cold receptors can dull needle pain.

Stimulating C [cold] and Abeta [vibration] fibers prior to sticking with a needle can decrease pain. One way to do this uses compressed fluoroethane gas, which becomes cold as it expands on the skin. Cold spray has been used for shots, but research has been equivocal concerning efficacy. While Cohen Reis found it effective for adult immunization in a travel clinic, Ramsook et al found increased distress in small children undergoing IV sticks. The cold also caused vasoconstriction, making threading the vein difficult. Pain relief with cold spray for pediatric immunization has been mixed, as this study shows when comparing prior pain ratings to pain with cold spray or placebo. 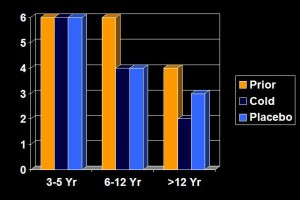 Most likely, the sub-freezing temperature penentrates the thinner stratum corneum in children, injuring epidermis and causing pain, while in adults it slows transmission of Aδ substance P release while non-noxiously stimulating C fibers. Children experience heat thermal burns in ¼ the time of adults; freezing spray could damage tissues in a similar manner.

Certainly, cold applied directly over a vein can cause vasoconstriction; applying a cold pack proximal to the site of puncture will delay development of vasoconstriction for most patients.2 With the application of the gate control theory, as with other areas of science and medicine, children are not just little adults. In a randomized controlled trial, Buzzy increased venipuncture success on the first try compared to vapocoolant (OR: 3.05, 95%CI 1.05 – 9.15).
Optimal use of cold packs proximal to the site of injection has not been studied for children. Placing the pack at least 15 seconds prior to sticking seems to increase pain relief, and placing the pack as close as possible to the site of puncture is helpful. The pack needs to be in place during the stick, so make sure it is out of the way of the zone to be prepped. Leaving the pack in place longer than 2-3 minutes may be distressing to the child and likely will not improve pain management.

Buzzy uses the gate control theory without these side effects and has been proven effective for IV starts in children ages 4+. 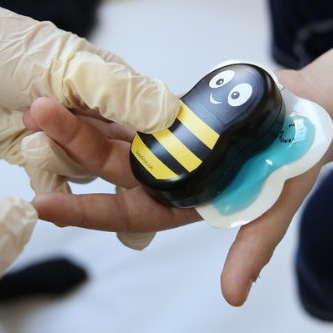 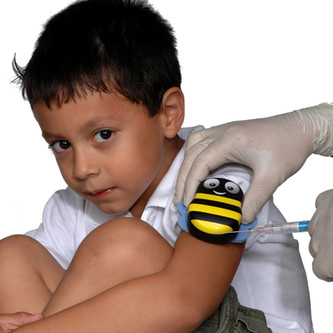 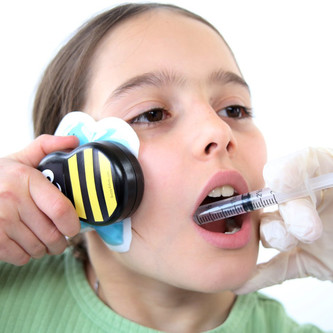 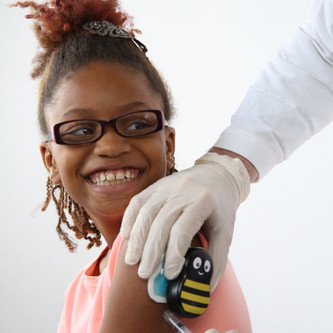